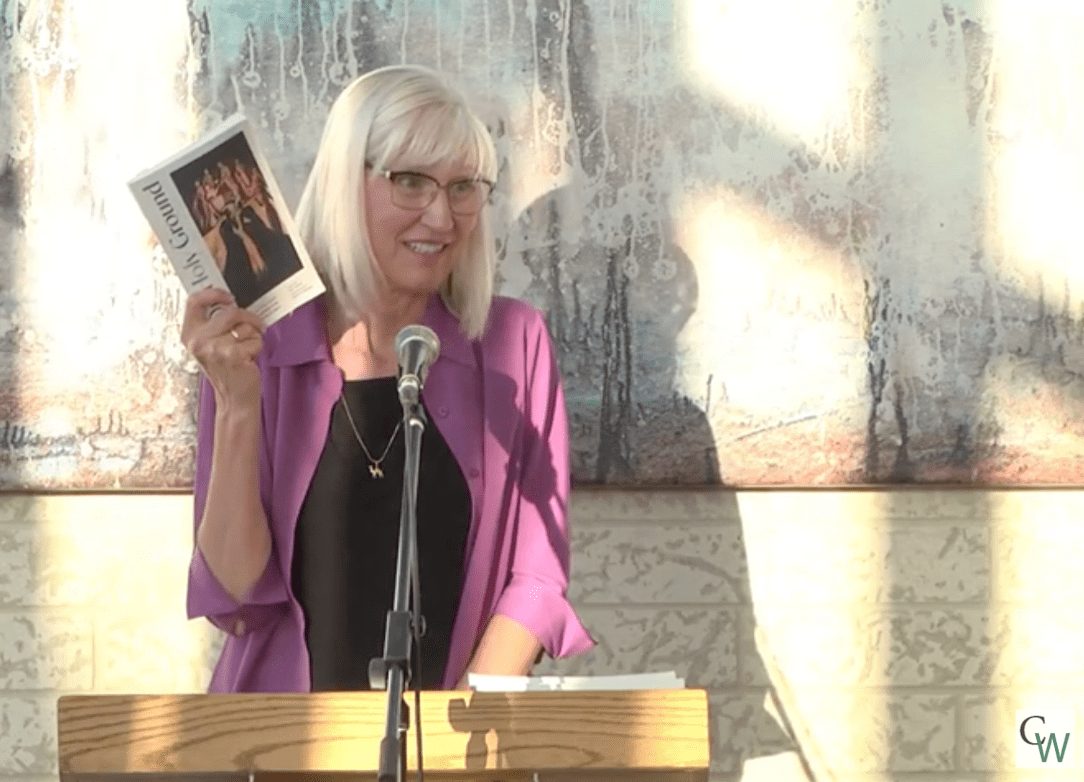 Three pages sounded the alert. The CCMBC and USMB Executive Boards (EBs) sprang into action. Even though the MB Historical Commission (HC) had already reviewed, approved, printed and distributed the first copies of On Holy Ground, the EBs–who are not part of the HC’s normal publishing process–swooped in to save the day.

They saved the book project: “these pages [would have] overshadow[ed] the important contributions of the other writers…”

They saved readers from thinking for themselves: “[these pages] create confusion about what it means for MB credentialed leaders and local MB churches to ‘affirm’ the Confession of Faith…”

They saved all of us from slipping down the slope that leads to depravity: “[these pages] will reinforce the damaging stereotype that embracing women in leadership leads necessarily to an affirming stance on gay marriage for Christians.”

In the end, they appointed themselves the highest authority over the purpose of the book: “Finally, we do believe that the slightly shorter edition of On Holy Ground… will reach a larger audience and be more effective in its purpose of sharing MB women’s stories of their personal experiences in leadership.”

The EBs prioritized their concerns and used their power to overrule those who had been laboring over this project for over two years.

I’ve included an image of the full statement with a few of my marks and notes to give you a glimpse into how I read this piece.

What did the EBs find so egregious in those three pages?

They dared voice “reflections, experiences, and questions about [the author’s] evolving perspective on gay, queer, and transgender folks and the MB church.”

She dared to voice “joyfulness at the marriage of a Christian woman to her same-sex partner and how she found her ‘perspective on gay marriage beginning to turn.’”

She dared do theology (even if it was “mini” or “brief”), using the Bible to “raise questions.”

Mary Anne Isaak dared share her pastoral experience, including at River East Church, where she currently serves–a church whose own evolving perspective, question-asking and theological work “presumably [could be used as] a possible model for the way forward.”

Notice the EB’s justification for their action: “[The book’s] disclaimer does not seem robust enough to justify a credentialed leader including a brief theology essay on something other than women in ministry leadership.”

They want to be seen as merely protecting the purpose of the book “of sharing MB women’s stories of their personal experiences in leadership.” If they truly understood the purpose of the book, they would see why their action undermines it. If they truly valued women’s voices (or the HC’s ability to do their job), their posture would have been one of curiosity and humility (engaging in conversation with the author, editor and HC leadership) rather than judgment and arrogance (coming in and demanding the change when you have had no part in the process).

When I read their words, I hear a desperate attempt to cover up the mechanics of a patriarchal system by using spiritual language meant to direct our attention to “good intentions.” They hope those of us who might be upset about “process” will be appeased by their godly purpose of defending the Confession of Faith and serving all of us who might be deceived into LGBTQ inclusion. They conclude their statement by praising “kind,” “gracious” and “cooperative” behavior and “look forward to more of the same in the future.”

According to the Confession of Faith (COF):

The “Spirit guides the community of faith in the interpretation of Scripture” (Article 2). So why aren’t we allowed to discuss pressing theological and ethical issues impacting our communities?

In addition to these pages being deleted from this book, churches wrestling with this topic openly are being sanctioned. In the case of Willow Avenue Mennonite Church (and others), even bringing the possibility of becoming LGBTQ inclusive to the congregation for consideration prompted disciplinary action. The threat of being disfellowshipped looms large, and many churches avoid even talking about LGBTQ issues for fear of denominational repercussions.

No one wants to be kicked out by their family. Believe me: I get it. I have lost family, friends and community because I am a gay married woman who refuses to be silenced. But what choice do I have? I tried censoring myself for years, and it almost killed me. We have to talk about this, because LGBTQ people are suffering and dying in a world, and in churches, that would prefer to sacrifice their very existence than risk losing seats at a table dead-set on excluding “the other.”

I’ll insert my own mini-theology here: Paul criticizes the Corinthians churches for “show[ing] contempt for the church of God” by practicing the love feast (Lord’s Supper) according to the pattern of Empire (1 Corinthians 11:17-34). The Roman Empire, imagined as the household of Caesar–the paterfamilias who is the son of the gods, savior of the world, bringer of peace and lord over all–is a patriarchal system that orders all of life for the benefit of those at the top at the expense of those at the bottom. Jesus came to liberate (save) us from such oppression. Paul sees these believers living according to this imperial way, and he says, “When you come together it is not for the better but for the worse” (11:17). You’re not eating the Lord’s meal. This is no longer the Lord’s table. Not when you practice the way of empire, not when you go back to the oppression Jesus delivered you from. When you do this, you make this Caesar’s table, an altar to the gods of Empire. You live their story and you mock the gospel.

Might the use of power to control, manipulate and silence belong to the way of Empire and reveal a more extensive problem than this one incident?

By silencing conversations about LGBTQ inclusion and gender equality (and many others), those at the top attempt to control community discernment. This is one more way patriarchy protects itself.